My Boss Is A Pervy Old Man. Lol!rn

Everything else. Who is your favorite band or music video? See a great movie lately?
Post Reply
9 posts • Page 1 of 1

My Boss Is A Pervy Old Man. Lol!rn

Well, technically he’s my boss’s husband but he runs the business with her. I think he gets a kick out of making me blush since I’m so fair-skinned. He always compliments me when I wear makeup or a dress and when the residents were asking for hugs he asked for one, jokingly, but I don’t think anyone should go without a hug when hugs are around lol and he said “Thank you for the hug. Anytime you want to hug me is fine. Nothing better than a nice pair of tits against your shoulder and you have some nice ones.” Then he laughs at me blushing and says “You know I’m kidding kinda.”

I give him a pass on his behavior cause he’s old and has heart problems. Besides men are almost expected to become openly perverted past a certain age. Lol. 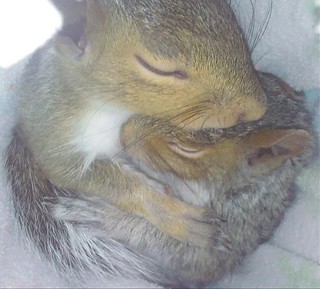 Gosh I don’t know how you stand that. It would drive me crazy! I’m extremely fair skinned myself because I’m a redhead and if I get embarrassed, my whole face lights up like a Christmas tree. In a situation like that, I’d be a Christmas tree & I’d be very uncomfortable.

I know some older men can get pervy but I don’t think it’s normal because my grandpa wasn’t pervy and my dad isn’t pervy...... that I know of lol they wouldn’t be that way around me so who really knows. One thing I do think though is owning a business should make his character be a lot more professional but evidently he didn’t get the memo. Too bad he didn’t get the memo because that puts you in an uncomfortable situation. If it doesn’t bother you that’s cool but dang it would bother me! Pretty bad because I’m really stand-off-ish anyway so I’d be a panic attack away from running out the door.

I’ve worked for him and his wife for five years. They are good people. I’m used to it. If I wasn’t I wouldn’t have stuck around for five years. Haha! Oh I get it with the redness. I come from redheaded people but I didn’t get the full red just the undertones when the sun hits it and the pale skin. Dark brown hair with red undertones and skin that shows every blush. lol. My cousin got the full ginger experience freckles and everything and she really can’t hide her blushing. Lol.

Oh yeah not every old person expresses their dirty minds out loud. Some keep it to themselves lol. If what we know of men can be any indication they probably still think pervy thoughts. I think it’s just some of them lose their filter as they age like “what are they gonna do? I’m 80!” I read somewhere that men think about sex every day. It probably doesn’t stop when they’re old. I know a lot of CNAs working in nursing homes get groped “accidentally” all the time and are always dodging and weaving handsy patients. Lol.

While this may seem innocent enough, if something else happens, I would report it honestly. I get that he’s old & stuff but I mean it still doesn’t give him an excuse to say what he said, that was honestly too sexual for the workplace. One incident could lead to another & another & then you’re full on uncomfortable & dreading seeing him while working. It’s unacceptable honestly. Do you have an HR rep?

It’s an adult family home run from the couple’s home so no, nothing like that. It’s a very small business with only two employees and located out of my boss’s house. I get what you mean and if I say something about it I’m sure he’d stop. I thought it was just an old man trying to be funny and giving a girl what he thinks is a nice, and funny, compliment. I was talking with a friend and she said “It would be creepy if it were a young man but old men some of them just lose their filter as they age it seems.”

skayda wrote:
I know a lot of CNAs working in nursing homes get groped “accidentally” all the time and are always dodging and weaving handsy patients. Lol.


My 18 year-old daughter just started working at a health & rehab place..and she has told me stuff that's literally made me want to go beat some old man's ass. I mean..that's my baby girl...and some old, peverted jackass thinks that it is ok to talk & act like that. ....

Not only that...there is an EMPLOYEE that's making remarks to her that are causing her to be uncomfortable...he's a 40 year-old man. Tells her how pretty she is and if her boyfriend does her wrong, he's coming for her... just the kind of shit that makes you want to say "you know she's a fking child, right"...

She needs to press charges if they are sexually verbally assaulting her, mate.
Top

i worked as a nurses aid for 4 years starting when i was 17, the owner was an older guy and also kind of pervy. at 17 he shouldn't have been discussing his impotence with me due to his diabetes. ew!

he was also an ex minister. so you'd think he'd have some moral compass.

maybe that older generation isnt aware of the sexual harassment training of today?

i also blush although thankfully not as bad as back then!
Get your shit together and live your life." Black Snake Moan
Top

I'm going to agree with the pack. It is unacceptable behavior to put up with. You don't need to make a big deal out of it, just gently tell him his remarks make you uncomfortable and are inappropriate for a professional working person to deal with. Do it all with a smile and he'll get the hint.

Men are pigs. I'm a man and should know. We all have sexual thoughts but were taught at a young age to keep them to ourselves. There are some fine women where I work but I wouldn't dare say anything sexual to them. They see me as an older co-worker/friend and I'd like to keep it that way.

Be careful of being too kind. He knows what he's doing. Age has nothing to do with it.
Don't take yourself so damn seriously
Top
Post Reply
9 posts • Page 1 of 1